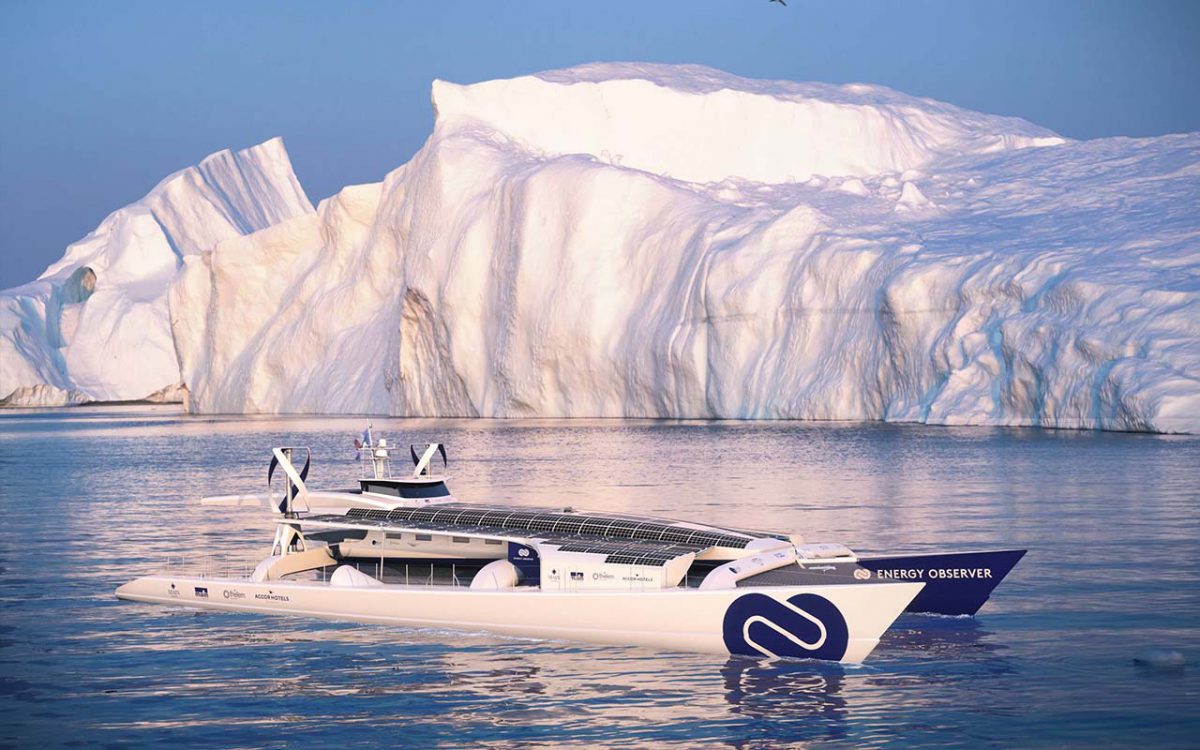 The Energy Observer is a 100% energy self-sufficient boat, sailing around the world to prove the usefulness of cutting-edge technologies, including a hydrogen fuel cell made with help from Toyota.

Somewhere in the vast ocean, a little boat covered in solar panels is doing something extraordinary: making its own hydrogen fuel from the seawater underneath it.

The Energy Observer uses a patchwork of different cutting-edge technologies to generate enough energy to power nine homes each day. During the day, 200 square meters of solar panels charge up the boat’s lithium ion batteries. Any extra energy is stored as hydrogen, thanks to a special fuel cell that goes by the name Rex H2 (short for Range Extender H2).

The Rex H2 was made by Toyota, using components from Toyota’s hydrogen-powered Mirai vehicle line. The fuel cell brings in seawater, removes the salt and then separates the H from the pure H20 with electricity.

While there is a raging debate between proponents of hydrogen fuel cells — including Toyota — and proponents of lithium ion batteries — like Tesla’s Elon Musk — over which technology is best for powering the post-fossil fuel vehicles of the future, one of the main benefits of hydrogen is its ability to store more more electricity by weight than its lithium ion competition. This benefit is especially useful at sea, where weight capacity is an important consideration.

Because fossil fuels have had more than a century’s head start, we now find ourselves far beyond the point of any one technology being a silver bullet for our growing energy needs. A sustainable future will require a patchwork of new technologies, like the one powering the Energy Observer — and the investment to develop and scale them up for future generations.